So much of our real growth in life, whether we think of it in terms of the soul or merely personal, happens when we are at a crossroads in some way. It is a place of transition, change or potential new directions, and its hallmark is suffering. So often at the intersecting points of our lives we struggle with the question of Which Way? The quintessential problem in this place is the seemingly opposing directions, however that is manifesting in your life. Invariably when we are getting ready to shed some part of our life that is no longer healthy for us, we often struggle and debate with ourselves – weighing pros and cons, as if this were a rational choice. Deep down we often have an inkling about what we are being called to do, but the other part that resists change sets up a quarrel. And so we agonize, we angst, we go over and over it in our minds and then we go into stall. And the whole thing starts to feel like a cancerous growth, as we are unsure about what the right thing is to do. We are caught in the crossroads, prey to all sorts of mental and emotional machinations. So how can we approach these crossroads in a way that is helpful?

As I was thinking about this image, I turned to A Dictionary of Symbols by J. E. Cirlot as well as The Herder Symbol Dictionary and looked at the references to the crossroads and to the cross (which is at the heart of this image) which are extensive.

Here are some highlights:

“The complex symbolism of the cross neither denies nor supplants the historical meaning in Christianity. But in addition to the realities of Christianity there are two other essential factors: that of the symbolism of the cross as such and that of the crucifixion or of ‘suffering upon the cross”. ……The cross is often represented in mediaeval allegory as a Y-shaped tree, depicted with knots and even with branches, and sometimes with thorns. Like the Tree of Life, the cross stands for the ‘world-axis’.

Placed in the mystic Centre of the cosmos, it becomes the bridge or ladder by means of which the soul may reach God. There are some versions which depict the cross with seven steps, comparable with the cosmic trees which symbolize the seven heavens. The cross, consequently, affirms the primary relationship between the two worlds of the celestial and the earthly……it stands for the conjunction of the opposites, wedding the spiritual (or vertical) principle with the principle of the world of phenomena. Hence its significance as a symbol for agony, struggle and martyrdom…….Jung comments that in some traditions the cross is a symbol of fire and of the suffering of existence, and that this may be due to the fact that the two arms were associated with the kindling sticks which primitive man rubbed together to produce fire and which he thought of as masculine and feminine. But the predominant meaning of the cross is that of ‘Conjunction’…..

Under Crossroads: “According to Jung, it is a mother symbol. He comments: ‘Where the roads cross and enter into one another, thereby symbolizing the union of opposites, there is “the mother”, the object and epitome of all union.’ “

Under Crossroads: “In most cultures it is a significant place of meeting with transcendent powers (gods, spirits, the dead). It is often close to the symbolic content of the DOOR, since the crossroads can also symbolize the necessary transition to the new (from one phase of life to another; from life to death). To win the favor of the gods or the spirits, obelisks, altars, or stones were erected, or inscriptions were placed at crossroads. …..”

In Women Who Run with the Wolves, the wonderful Jungian storyteller, Clarissa Pinkola Estes recounts the Russian version of the archetypal story of Cinderella, who in Russian is called Vasilisa. In this story Vasilisa, who has been given the task of sleeping by the fire to ensure that it doesn’t go out, is tortured by her evil step sisters who steal the fire while she is asleep, and then blame her and harass her for letting the fire go out. They send her out to the deep, dark woods in search of the evil Baba Yaga who is the only one who has fire. The problem for Vasilisa is that no one really knows where Baba Yaga lives, and Vasilisa has no idea which way to go. Utterly terrified of making a mistake and of dying alone in the woods, the only thing that helps her is a doll that her beloved mother gave her. Every time that she comes to a crossroads in the forest, she stops and waits in agony, hoping to be informed by the doll. The doll acts as the transcendent function and the connection to the archetypal Good Mother. If she is on the right path, the doll jumps up and down with excitement – letting her know her inner ‘yes’. In fact, just touching the doll as she makes her way through the dark woods makes her feel better.

Here is what Pinkola Estes has to say about this tale in Women Who Run with the Wolves:

“To my mind, the old Russian tale “Vasalisa” is a woman’s initiation story with few essential bones astray. It is about the realization that most things are not as they seem. As women we call upon our intuition and instincts in order to sniff things out. We use all our senses to wring the truth from things, to extract nourishment from our own ideas, to see what there is to see to know what there is to know, to be the keepers of our own creative fires, and to have intimate knowing about the Life/Death/Life cycles of all nature – that is an initiated woman.        Stories with Vasalisa as a central character are told in Russia, Romania, Yugoslavia, Poland and throughout all the Baltic countries. In some instances, the tale is commonly called “Wassilissa the Wise.” I find evidence of its archetypal roots dating back at least to the old horse-Goddess cults which predate classical Greek culture. This tale carries ages-old psychic mapping about induction into the underworld of the wild female God. It is about infusing human women with Wild Woman’s primary instinctual power, intuition.” Although Pinkola Estes is addressing this book to the woman’s journey, I believe it can have parallel value to men who are in touch with their inner feminine.

For a short synopsis of the story: http://en.wikipedia.org/wiki/Vasilisa_the_Beautiful

This story goes on, but this part of the story is particularly significant in terms of understanding how to approach the crossroads. Perhaps Jung was right in his understanding of the crossroads, in the sense that here at this intersection there is sacred possibility. It is the possibility of connection with the Good Mother archetype – she who will guide you with wisdom if you but wait and ask for guidance.

So what can we learn from all this? I think the hardest thing we have to do when we are at a crossroads in our life is to wait. There can be an agony of suffering in the waiting, in holding the tension of the opposites. (see blog on Holding the Tension of the Opposites). We are often propelled into action, any action, because it is so hard to wait for clarity. We stew and angst and go in circles, stirring up an inner storm with all the inner community clamouring to be heard, (see blog on Inner Community) until we get utterly sick of ourselves. If only we could get quiet and breathe and pray for guidance, there might be a chance for that still, small voice of wisdom within to be heard. The voice of wisdom has no charge around it, no axe to grind. This is how we recognize it. It is simply an inner knowing or awareness of how things are, and we are often humbled by the realization. When this happens, you must give thanks and then proceed on your journey, trusting your life, trusting that you will be guided if you continually ask for guidance, in all humility. 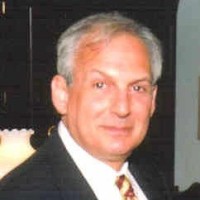 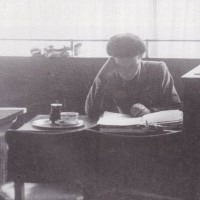